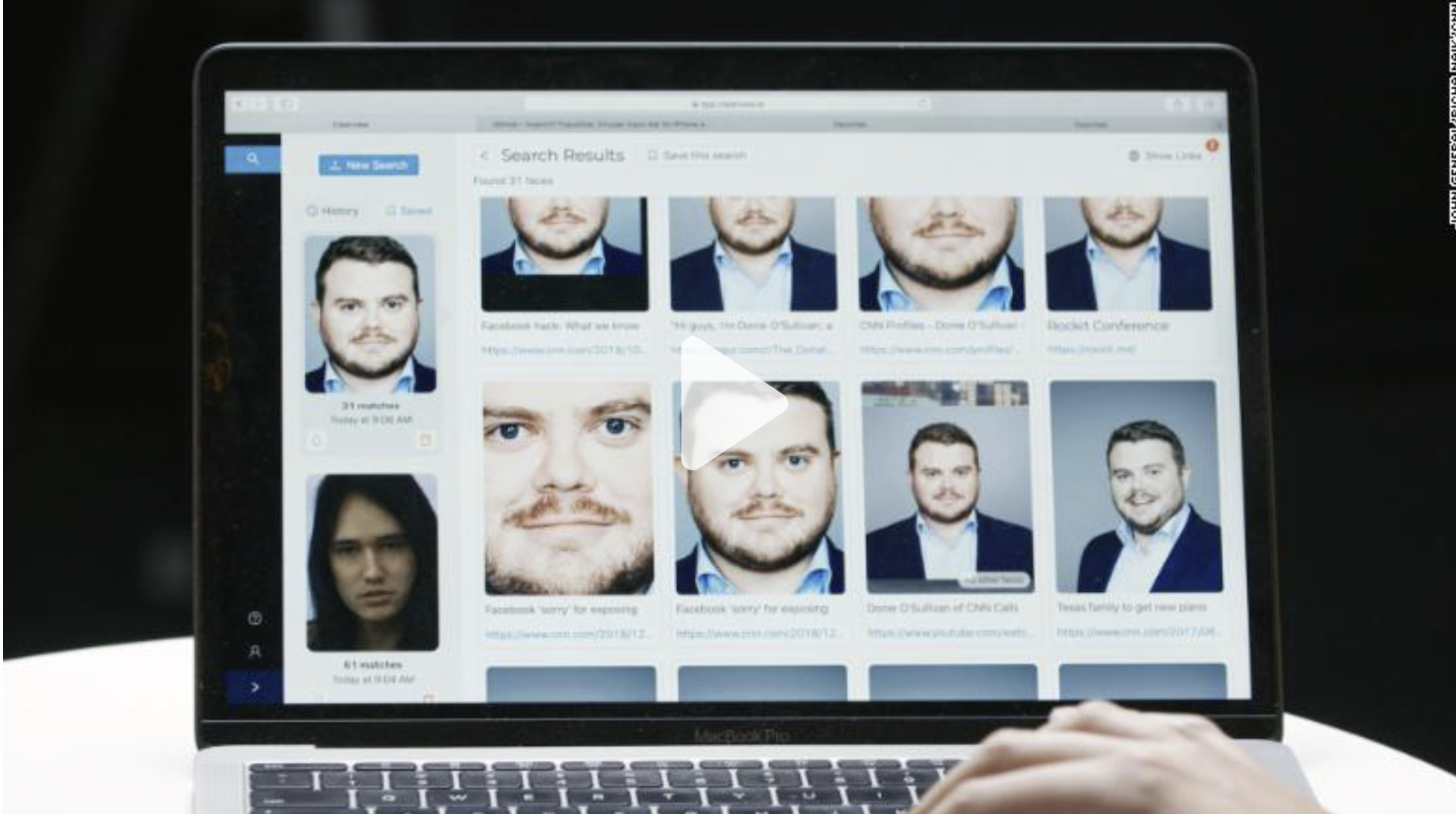 a controversial facial-recognition software company, agreed on Monday that it will not sell its software to most companies in the United States — a decision that will largely restrict its use to law-enforcement agencies in the country.

The agreement is part of a settlement of a lawsuit that was filed against the company in Illinois state court two years ago by the American Civil Liberties Union and several other nonprofits.

New York-based Clearview also agreed under the settl ement that it will not offer free trials of its software to individual police officers without a sign-off from their superiors. Within Illinois itself, Clearview is barred for five years from selling its software, including to state or local law enforcement agencies, according to the agreement.
Hoan Ton-That, CEO of Clearview AI, demonstrates the company's facial recognition software using a photo of himself in New York on Tuesday, Feb. 22, 2022. In a Monday, May 9, 2022 legal filing, the company has agreed to restrict the use of its massive collection of face images to settle allegations that it collected people's photos without their consent.

CEO of Clearview AI, demonstrates the company's facial recognition software using a photo of himself in New York on Tuesday, Feb. 22, 2022. In a Monday, May 9, 2022 legal filing, the company has agreed to restrict the use of its massive collection of face images to settle allegations that it collected people's photos without their consent.

Clearview had told CNN Business in the past that it had limited the use of its software to law enforcement; the settlement makes that previously voluntary decision a requirement.

alleging Clearview violated Illinois' Biometric Information Privacy Act (BIPA) that requires companies to get consent from people before collecting or using their biometric information. Illinois is one of just a few states in the United States that have such biometric privacy laws (Texas and Washington, for instance, have their own rules).

Hoan Ton-That, CEO Clearview AI, said in a statement. "We would only sell to private entities in a manner that complies with BIPA. Our database is only provided to government agencies for the purpose of solving crimes."
Facial-recognition software has become increasingly common across the United States in the past several years, but has also been blasted by privacy and digital rights groups over privacy issues and other real and potential dangers. The settlement is the latest signal that opponents of the technology are gaining ground.

"It's a win for Illinois residents; it's a win for people across the country in protecting their privacy," Nate Freed Wessler, a deputy director of the ACLU's Speech, Privacy and Technology Project, told CNN Business.

Founded in 2017, Clearview has compiled billions of photos into a database for its software, which can be used on a smartphone to identify individual people. The company has claimed to have scraped over 20 billion photos from the internet, including photos from popular social media platforms, news websites, websites of mugshots, and more — which would make it larger than any other known database of such images.

Major tech companies have sent the company cease-and-desist notices in the past, arguing its photo snagging practices violate their terms of service, and multiple lawsuits have been filed against the company regarding its use of surveillance technology. Clearview's software has been determined to be illegal in some countries, including Canada and Australia.

The company has said its current customers include more than 3,100 US agencies, including the FBI and Department of Homeland Security. A June 2021 report from the US Government Accountability Office, based on a survey of 42 federal agencies, said that 10 agencies used Clearview AI between April 2018 and March 2020, including the FBI, Secret Service, DEA, and US Postal Inspection Service.

(The US Postal Inspection Service, for instance, told the GAO that it used software from Clearview AI to help track down people suspected of crimes, such as stealing and opening mail and stealing from Postal Service buildings.)

[IT] Virtual meetings are here to stay. Microsoft wants to make them better